Who’s who in Philippine sports (part 8)

Who’s who in Philippine sports (part 8) 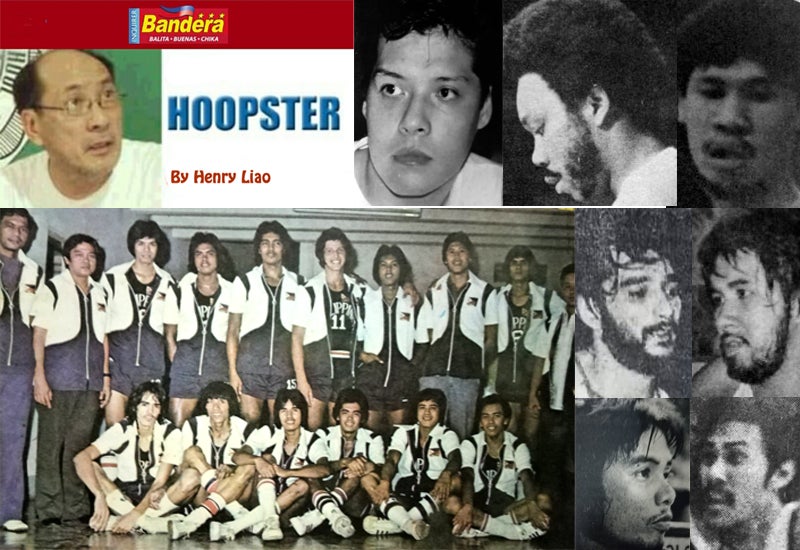 This 6-6 American PBA import from Season 1977 wanted “more bread” from his new team after his unexpired contract with the Concepcion Fiberlites was shipped to the N-Rich Creamers following the 1976 wars.

A 10th-round NBA draft choice of the Portland Trail Blazers in 1970 out of Elizabeth City State University at North Carolina, he still owned an existing contract with Concepcion at the time that called for a P10k monthly salary.

But to join Presto (nee N-Rich) in the 1977 First Conference, this import wanted to have his monthly paycheck sweetened to P12k.

“Bread, man, bread, you know, the folding stuff,” said the import, whose lawyer was even looking for an advance pay of P100, 000 for his client.
It would appear that Presto acceded to his demand as the Ice Cream Makers locked him in and he averaged 33.1 points in 19 games.  In 1978, he went back to Mariwasa franchise, Honda, and then back to the Great Taste Discoverers on a split season for a combined 34.5-point clip.

What is the name of this American import? His initials are IO. 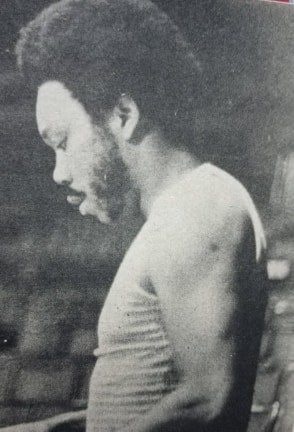 Backed up by the affluent Sy clan, which also owns Hotel Fortuna, the team was managed by then 16-year-old Lorenzo (Chao) Sy, who would soon organize basketball and boxing competitions in Cebu City from the mid-1970s to the next three decades.

Government restrictions on travel as a result of the COVID-19 pandemic being relaxed down the road, Chao plans to put together a Golden Team reunion in September.

God willing, it will be done.

In the photo is one of the former MICAA stars that played on the 1970 La Fortuna Bakery squad in Cebu City.

What is his name?  His initials are RM. 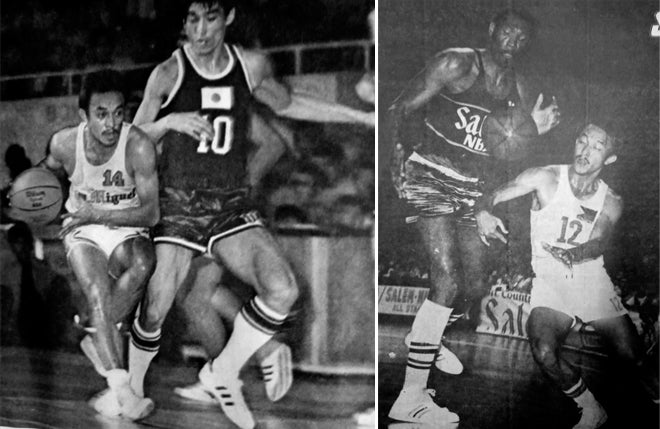 73. The Philippines defeated the People’s Republic of China to annex the 4th Asian Youth Basketball Championship in Kuwait in 1977.

In the photo, name me the player standing, third from right, who was a product of Ateneo de Manila University.  His initials are BC. 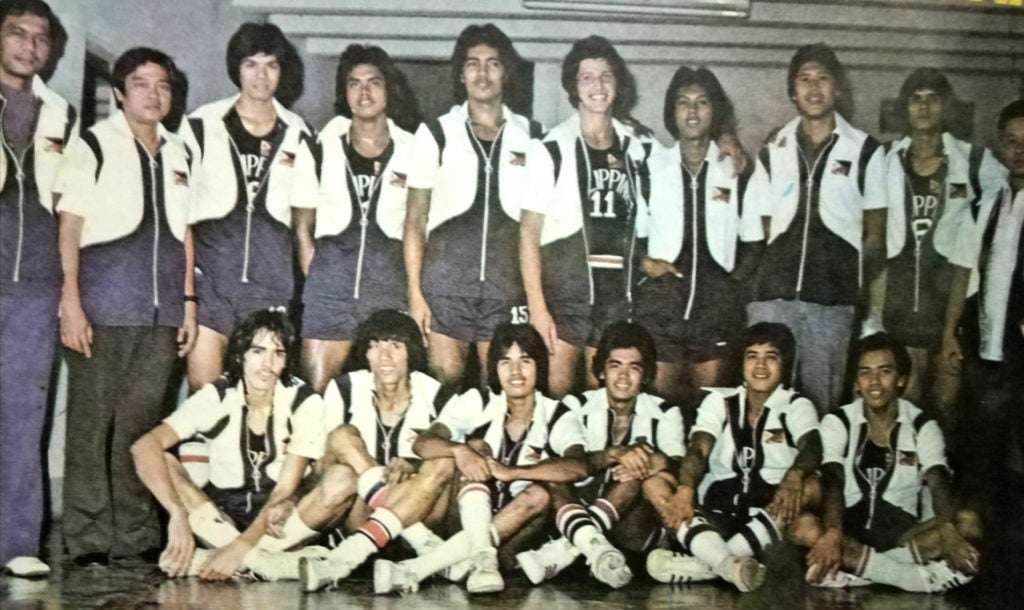 74. He looked as meek as a lamb when he was not in a playing jersey. But boy was he a respected enforcer on the floor when he came into the MICAA with powerhouse Ysmael Steel during the 1960s (1961-67) out of UST and FEU.

The 6-foot-1.5 guard was a physical, lockdown defender as a player so much so he was named a member of the PH national team to four Asian competitions between 1962 and 1970.

The YS Admirals disbanded in 1968 and he jumped to Puyat Steel the following year.

In 1970, this soon-to-be “real” Manila policeman hooked up with Crispa and was its team skipper when the Redmanizers captured their first MICAA crown that year following a 13-year famine.

Hey, this tough hombre later played for Concepcion Industries for two seasons (1971-72) as the Motorolas debuted in the MICAA.

With imports Paul Scranton and Tom Cowart around, this player (No. 12) also helped guide the Redmanizers to the National Seniors title in 1970.

Who is he? His initials are MJ. 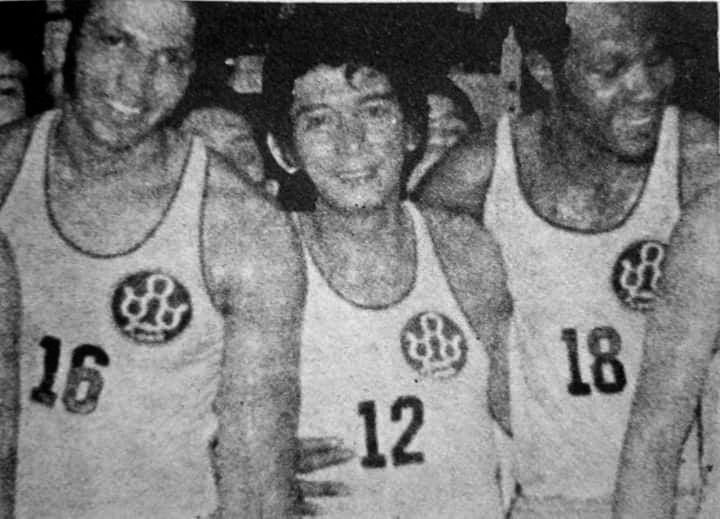 75. This rugged and temperamental 6-1 guard-forward out of the University of Visayas was one of the “enforcers” of the PBA in the mid-1970s.

His roughhousing ways irritated many of the players on the opposite side. He was even described as the “hatchetman” of the Toyota Comets in the PBA’s inaugural edition in 1975 that saw the Don Pable Carlos-owned franchises copped the first two conference titles.

The Cebu native was out of job in 1976 and then returned to the pro league to play for the Honda Hondas in 1979 and U-Tex Wranglers in 1980.

What is his name? His initials are OR.

There are two instances in PBA history that a head coach had mentored his own son for the same club. The last was Renato (Ato) Agustin who coached son Marc with the Petron Blaze Boosters in 2011-12.

Who is the third pair of father and son in the PBA?

Their initials (RJ) are the same for the son is a Junior. 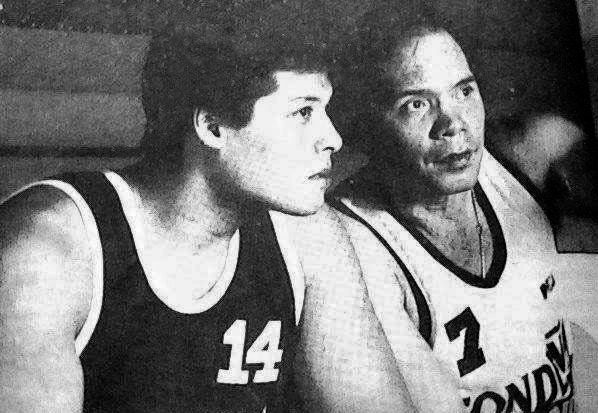 What is his name? His initials are NB. 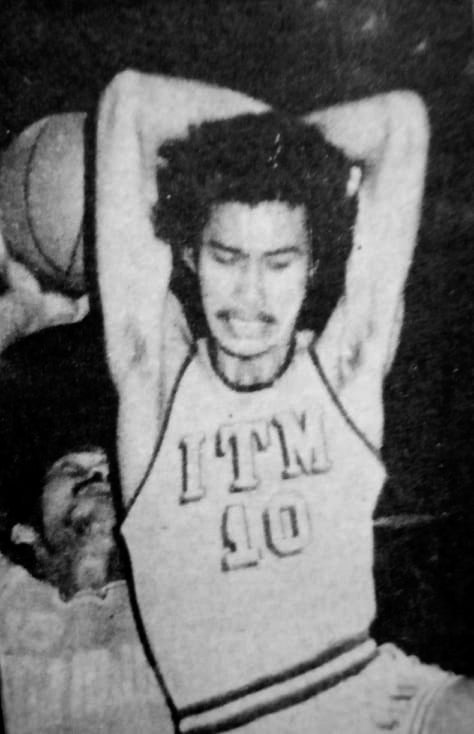 78. This lanky biggie played for Imperial Textile Mills (ITM) in the MICAA in 1976.

Who is he? His initials are RM. 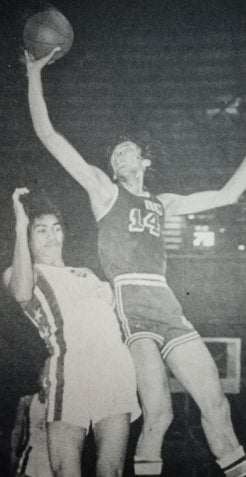 79. This player played for the Ateneo Blue Eagles in the NCAA in the mid-1970s.

The bearded 6-foot guard from Bacolod City saw action with Concepcion Carriers/Fiberlites in his only two PBA seasons in 1975 and 1976.

What is his name? His initials are FH. 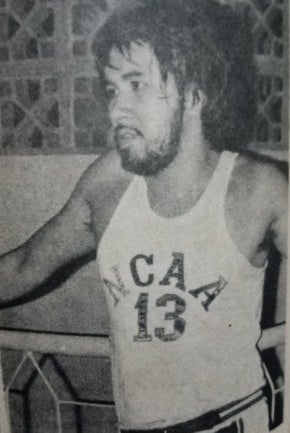 80. Did Jesus ever appear on the hardwood?

A dyed-in-the-wool Blue Eagle, he spent his elementary, secondary and tertiary academic years – and even his Masters – at Ateneo de Manila campus in Loyola Heights, QC.
The highlight of this 5-11 guard’s roundball career was being a a member of the fabled, star-studded Ateneo Blue Eagles squad that corralled the 1969 NCAA championship.

He never made it to the PBA only because money was not his primary reason for taking up basketball.  His great love for the sport was.  Back in 1974, he once said:  “If I want to get rich or make some money, basketball isn’t the field for me.”

A man for others he is. What it his name? 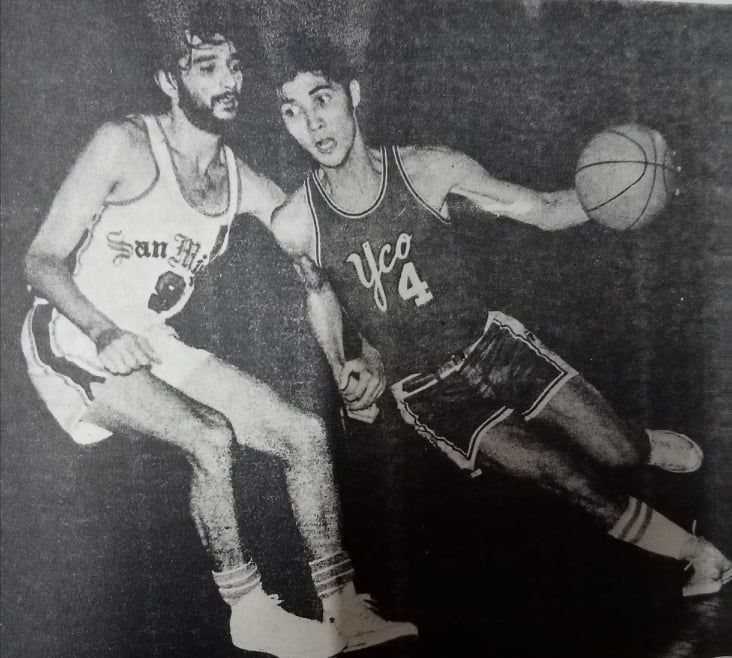