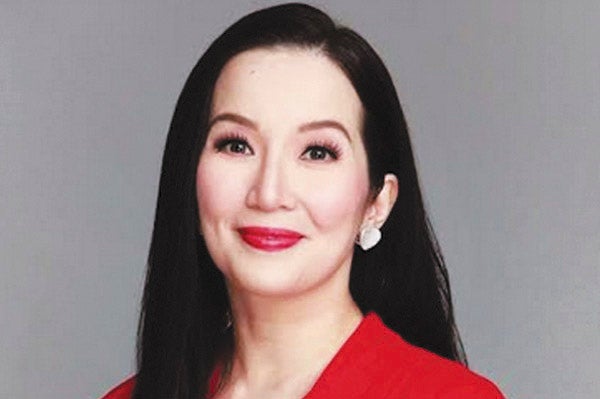 KRIS Something thought she was being bullied when a basher branded her as “irrelevant”.

“I hope u can still able to gain ur former status Madam as the country’s premiere endorser. It seems like u r slowly fading into the shadow of irrelevance. huhu. Labyu madam though. Dont get me wrong. Magpasabog ka uli Madam.”

That was the basher’s aria which got Kris so pissed off.

“I’m pretty chill about becoming ‘irrelevant’ because the price to pay fighting to stay relevant wasn’t worth my health or my peace of mind… so many have told me, ‘you have enough’ (in the material sense) and my sons are in no danger of going hungry – so i was working hard because i was protecting something that now seems much less important- my ego…
“I worked too many days when i should’ve actually been listening to my body all because of the mistaken notion that protecting work commitments meant more than prioritizing my wellness.

“Sorry walang ‘pasabog’ coming soon- i have outgrown that. it took so much prayer for me to be at peace with who i am & where i am- i realize you wanted to upset me BUT graduate na ko sa ganitong klaseng pailalim na ‘bullying’. i hope before you “worry” about my professional standing, you’ll ask yourself why there seems to be little of interest in your life that you’re making mine your problem? #chillax.”

That was Kris’ response which drew various reaction, mostly nega.

“OA mo naman, she’s a has been. Tanggapin nalang. We cant deny that she was once THE star but her time has passed, mas okay pa na she let it be kesa magtry ulit sya ng another come back. wag na itaint ang previous achievements nya.”

“Most artistas in all levels have been given the chance to talk freely during guestings because Kris is not the host anymore. No showbiz talk shows too so medyo naging secured ang ears natin sa ‘me me me’ ni Kris.”