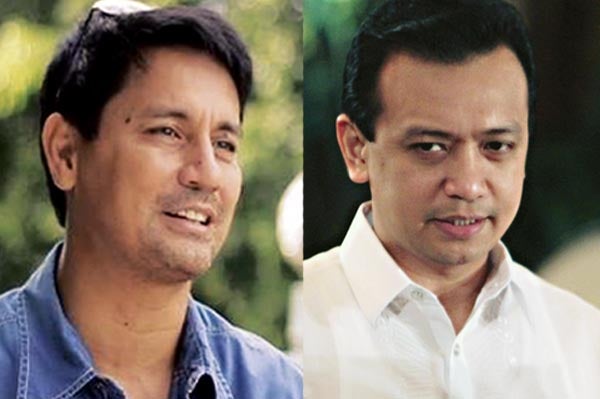 Two have defended Sen. Trillaned. One said, “No disrespect sir goma, I don’t think senator trillanes meant to disrespect actors. He simply implied that ‘d dummy’ Mr tiu has a Shot of making it to the show business.

You got irked by senator trillanes comment pero it doesn’t bother you how Binay amassed his unexplained wealth. Give senator trillanes a credit for standing up and battling corrupts in the phils. Only few has got the balls.”

Another opined, “Oakwood mutiny happened at the height of the arroyos questionable regime. The country was plagued with crime and corruption just like now. Senator trillanes was the only leader to fight the govt.

Did he do it for himself? Think. He knew his chances. Die, get imprisoned or be heard.we all know what happened next. If you’re gonna pay attention, he basically criticizes corrupt officials.

Is that a bad thing? Give the man a credit, he’s doing us a favor.” Oo nga naman. We felt that nakikisawsaw lang si Richard sa issue. Sen. Trillanes did not take a swipe at celebrities in his statement.

At bakit parang affected much ka, Richard? Were you hurt by senator’s statement? Masyado kang epal. Ikaw nga, in a presscon for your movie with Regine Velasquez many moons ago you told that press that you will not waste your millions para lang tumakbo sa politika.