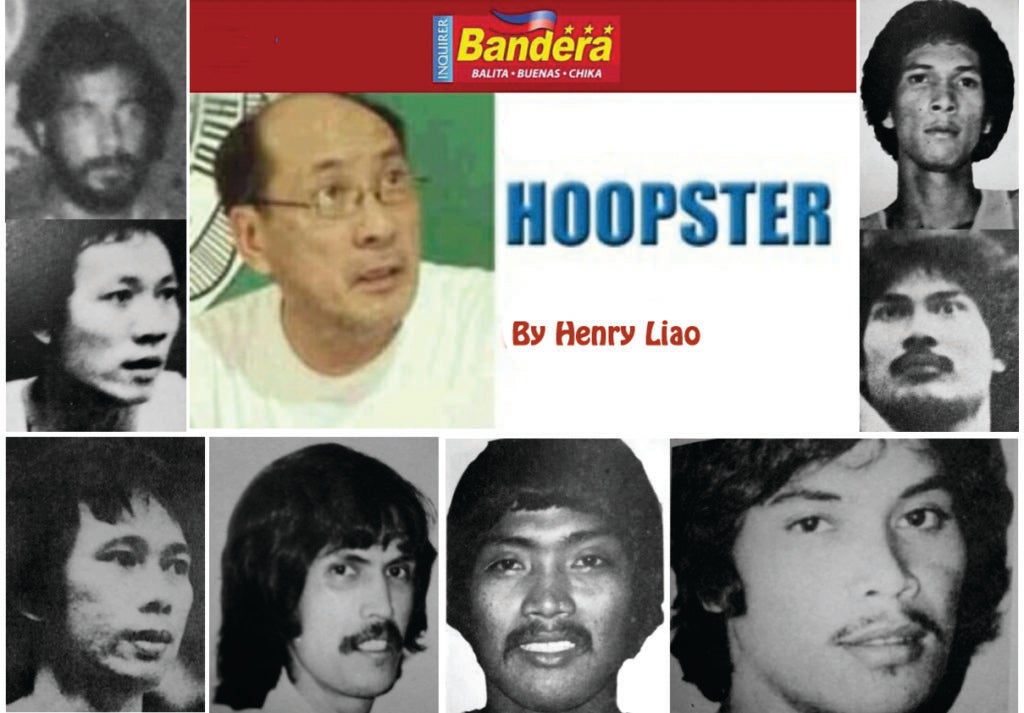 It’s said that a picture is worth a thousand words, but I just need the first name and surname of some of the Philippine Basketball Association (PBA) players from the Swinging Seventies.
The long quiz begins. Get ready with your ball pens, I mean, mobile phones and tablets.

101 – This bearded 5-9.5 forward-guard who was a product of San Sebastian College and helped guide the Stags to the NCAA crown in 1973. The Quezon City native played in the PBA’s first four seasons (1975-78), donning the colors of U-Tex, Seven-Up and Filmanbank and posting an 8.8-point clip in 77 games.
What is his name?
His initials are JO. 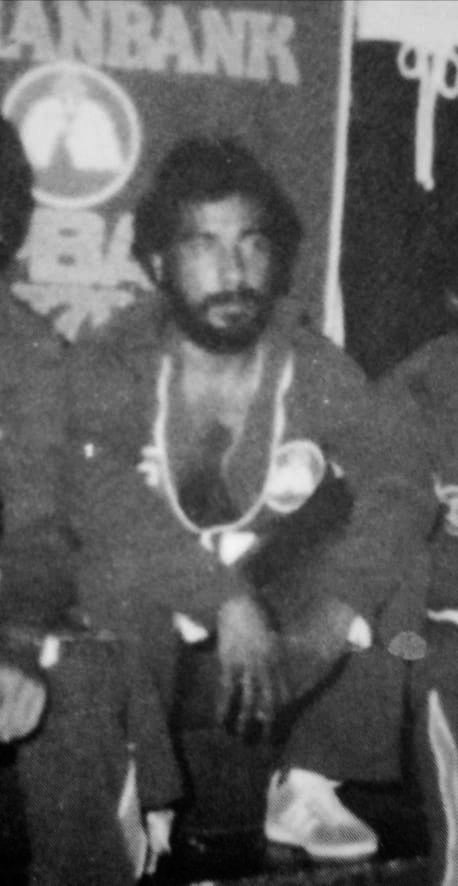 102 – Some of the shortest people in the world have been among the most brilliant.  To show respect to them, singer-composer even came up with a ditty entitled “Short People” in 1977.

In local basketball, there also was a shortie whose court generalship caught the attention of hoop followers.

This 5-8 point guard from the University of the Philippines owned an incredible stamina and leg strength.  He earned UAAP Rookie of the year honors while performing with the Maroons.

The heady playmaker, who was a member of the Philippine national team that saw action in the 1967 Universiade in Tokyo, Japan, saw action with San Miguel, Puyat Steel and U-Tex in the old MICAA before turning professional.
The Manila-born in the PBA’s first six seasons (1975-80) with U-Tex, SevenUp, Filmanbank, Mariwasa and Gilbey’s Gin.

What is his name? His initials are ODS. 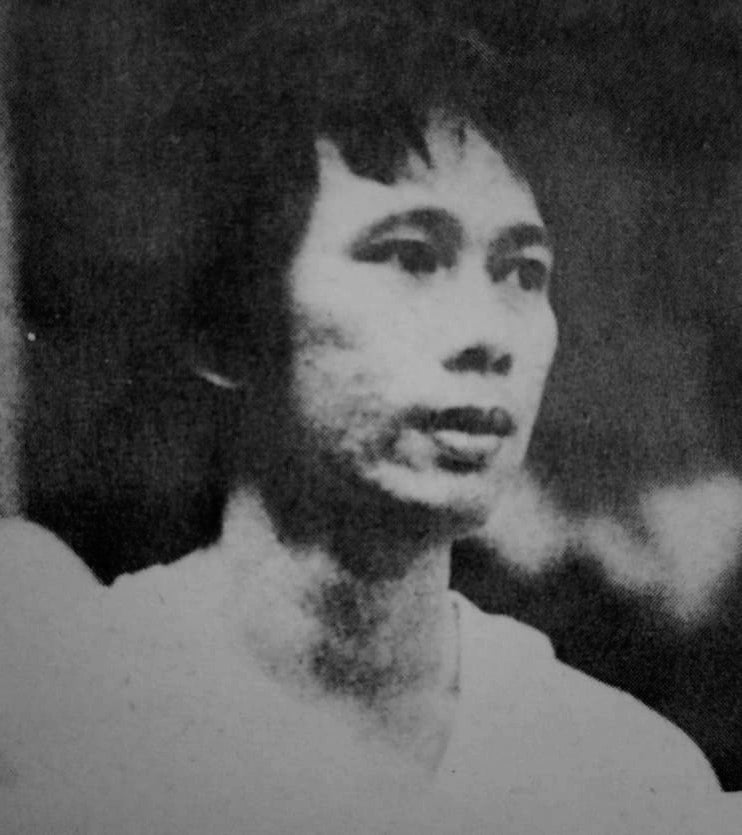 103 – Megs they called him. The One Big Fight product of Ateneo de Manila was a pioneer PBA player with Concepcion Carrier in 1975.

The 6-foot guard-center played just 25 games and one season in the pro league but don’t let that fool you.

This Bacolod City native was a legit star in the old MICAA with the Concepcion Industries and he came into the PBA at an advanced age of 32.

What is his name?  His initials are FF. 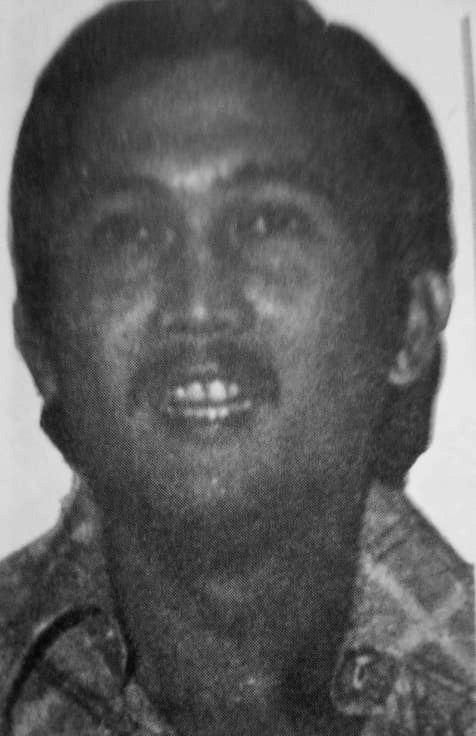 104 – Another product from the Far Eastern University Tamaraws factory. This 6-foot forward with a Chinese-sounding surname hails from Sta. Cruz, Manila. He hit at an 11.4-point clip in 21 assignments in his PBA debut in 1975 with the 7-Up Uncolas.

The Universal Textiles recruit from the old MICAA, whose specialty was the quick, under-the-basket layup off a fake, averaged in double-digit scores in his first four PBA seasons, including a career-high 15 ppg in 1976.

The dusky, curly-haired shooter earned PBA Most Improved Player honors in 1978, beating out Tanduay’s Freddie Webb, after norming 14.9 ppg in 40 games with Filmanbank.

Alas, he suffered a leg injury in 1980 after moving to Great Taste/Presto a season back.      In seven PBA seasons, this underrated player averaged 12.1 ppg in 183 games with Seven-Up, Filmanbank (which took over the franchise of the Uncolas in 1978) and Great Taste/Presto.

What is his name? His initials are JC. 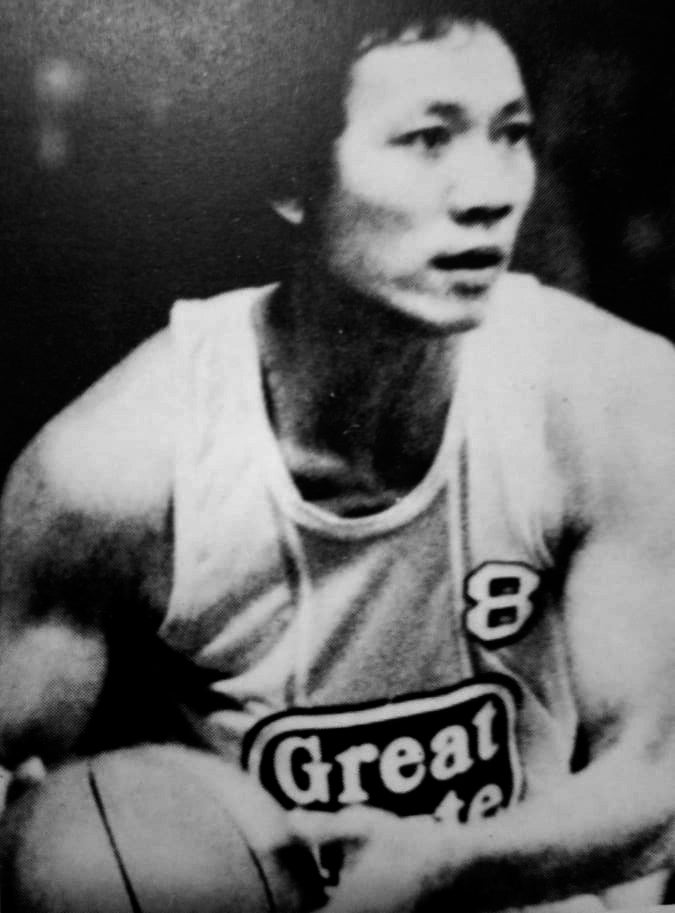 105 – In ancient history, there was Samson (not Marte) who was fooled by Delilah. There was also another strongman by the name of Hercules.

But this 145-pounder surely has his own story. The 6-foot forward out of Jose Rizal College is a pioneer PBA player in 1975 – a distinction that cannot be taken away from him even as he saw action in five seasons (1975-79) with Mariwasa/Noritake/Honda and Gilbey’s Gin.

Who is this Mandaluyong-born player with a legendary first name? His initials are UR. 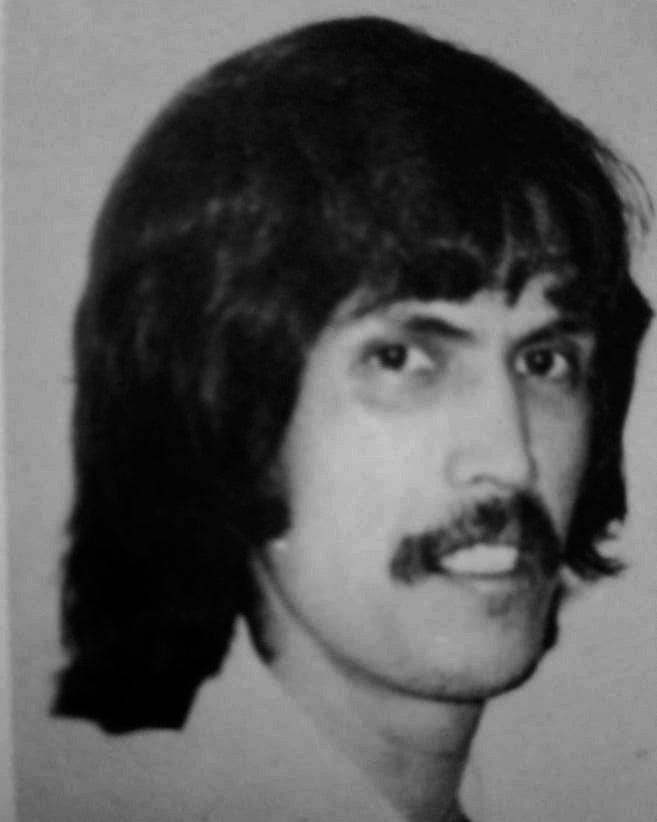 106 – Wow.  Brandy was his nickname. A 5-10 guard-forward out of Pasig City who played in the PBA’s first two seasons, splitting time with the 7-Up Uncolas (14 games) and Concepcion Fiberlites/Quasar (16) in his farewell campaign.

Okay, Brandy. What is your real name?
His initials are PM. 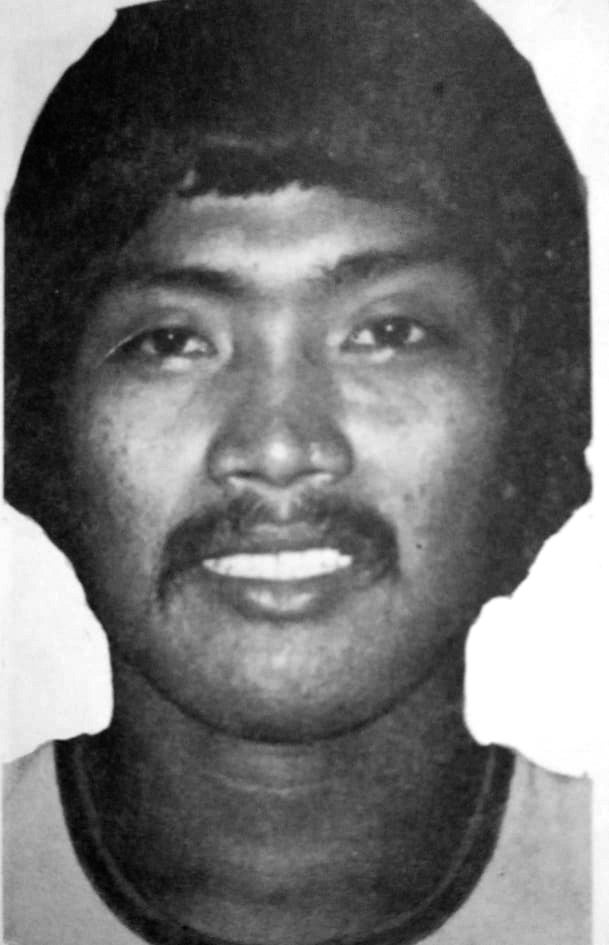 107 – Another cool product from the Queen City of the South. This serviceable 6-foot guard from the Cebu Institute of Technology was employed by San Miguel in the old MICAA.

Loyalty was his calling card as he played his entire PBA stint (1975-79) with the same franchise that recruited him out of Cebu.

What is his name?
His initials are MB. 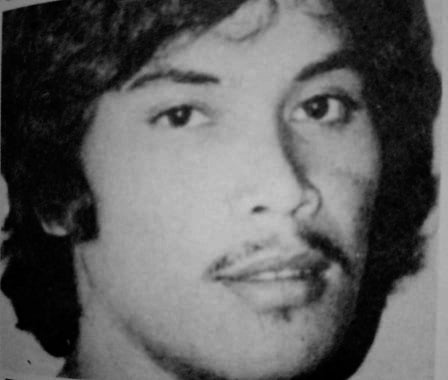 108 – This 6-1 forward from Cardona, Rizal played just three games with the Toyota Comets, a powerhouse team that won two conference titles in Season 1 PBA in 1975.

Sad to say, the FEU alum never made it back to the PBA again.

What is his name? His initials are RC. 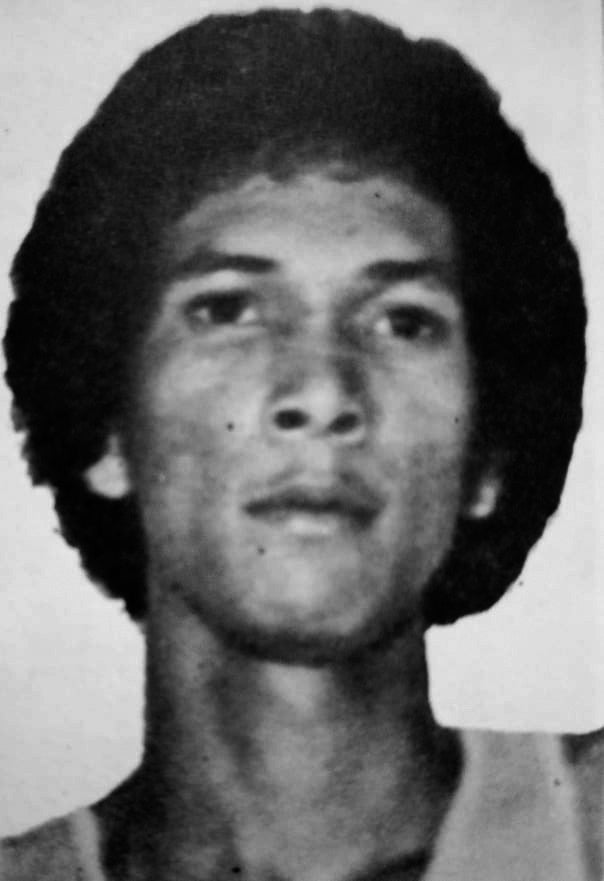 109 – He was a 6-2 center-forward out of the University of Baguio. The native of Pozurrubio, Pangasinan averaged a double-double (11 ppg, 10.3 rpg) in his PBA debut in 1975 even though he was better known for his defensive skills.

My God, I will be surprised if his namesake son, who later also became a PBA player but was more known for his offense, cannot identify him.

Who is this guy? His initials are FR. 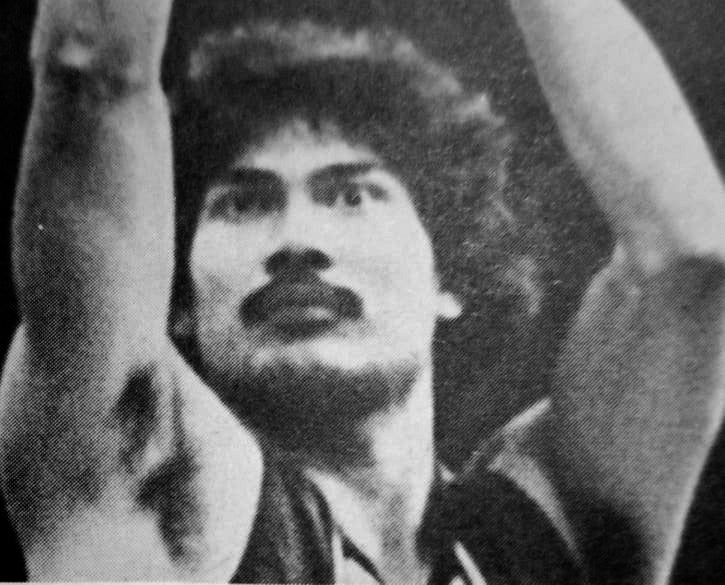 110 – With so many recognizable players from the Crispa factory, who is this obscure player from the 1970s who made it all the way to the Redmanizers roster despite all odds? This 6-1 guard played with Crispa and Gilbey’s Gin/St. George Whiskey in five PBA seasons (1977-81).

What is his name? His initials are AT. 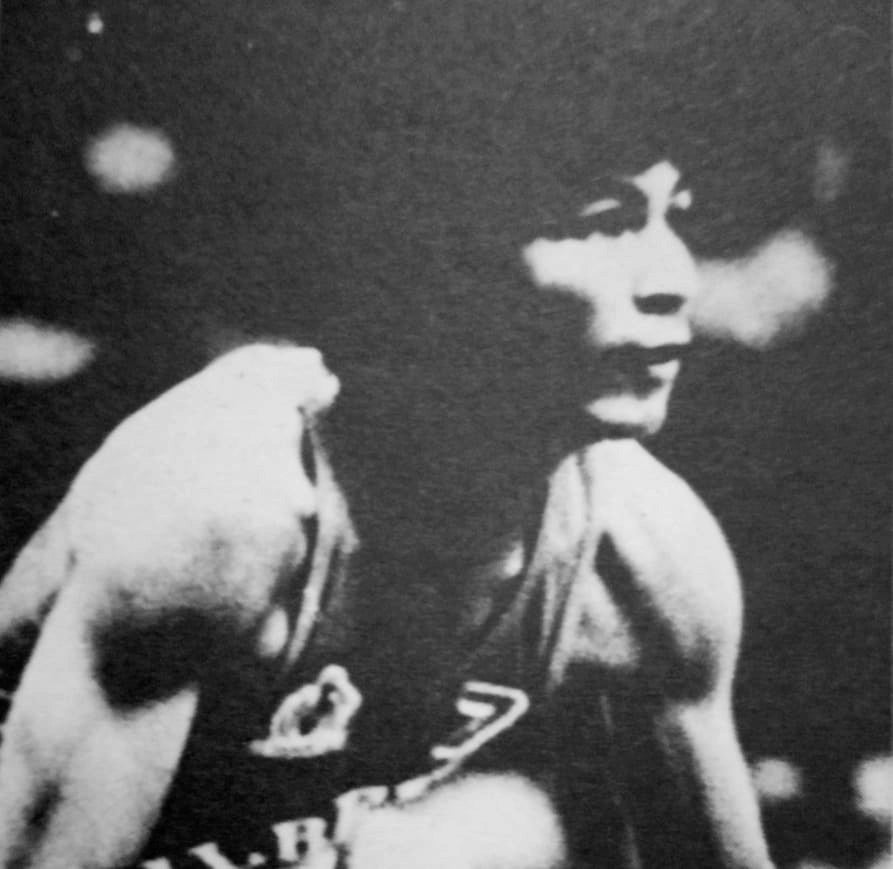