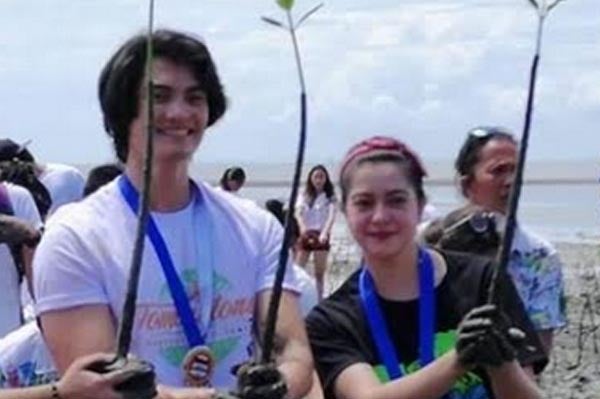 UPCOMING action star and Kapamilya actor Javi Benitez chose a more meaningful celebration of his birthday. Instead of throwing a lavish birthday party, he chose to spend it in his hometown in Bacolod.

Together with his “Kid Alpha One” leading lady Sue Ramierez and around 500 youth volunteers, Javi lead the planting of 5,000 mangrove seedlings last Oct. 8.

The seed planting was held at Barangay Tomongtong, E.B. Magalona.

“This is a meaningful step towards making a significant contribution to environmental awareness and protection. This is a personal advocacy. Best birthday spent with the most special people,” said Javi.