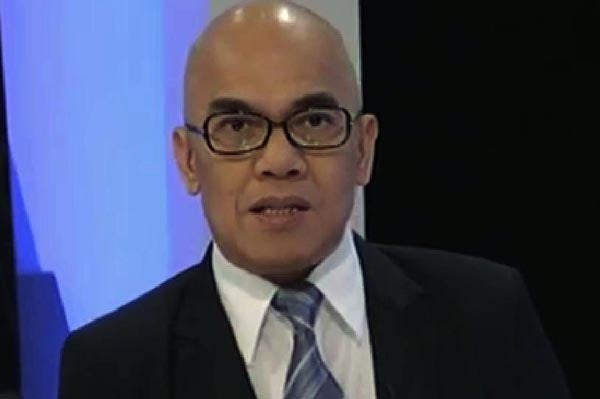 LAST Tuesday proved to be a problematic day for us.

Suspendido ang mga klase, and by early noon, even my sister’s office in Manila had its employees sent home in the event na lumala ang panahon.

My sister and I already had an agreement that she’d drive me to GMA for its Christmas party for the entertainment media, after which ay didiretso na kami sa Arlington Chapels on Araneta Ave. where the remains of Nanay Lesing, (Kua) Boy Abunda’s 90-year-old mother, lay in state.

That was supposedly the last night, depending on the weather para maibiyahe ang labi nito by air sa kasagsagan ng bagyo.

Plan A was called off. Salamat sa aking BFF na si Henry, a former OFW, who drove me all the way to Arlington from Pasay City. With him was his younger brother Marc (dating nagpi-PT kina Kuya Boy at Sir Bong Quintana) who served as my human crutches to get me to my destination.

Unregrettably, I skipped the GMA party as I chose Nanay Lesing’s wake over it. Bukod sa gusto naming makibahagi sa dalamhating nadarama ng mga naiwan ni Ginang Licerna, it was one occasion where Kuya Boy needed his friends the most, ‘yung kahit paano’y mag-aala- Jobert Sucaldito na payaso niya under any given circumstance.

Isa lang ang paniniyak ni Jobert nang kumustahin namin how Kuya Boy has been holding up, medyo nakakangiti’t mukhang natanggap na raw nito ang katotohanan. One thing’s for sure, it wouldn’t be until Nanay Lesing would be finally laid to rest.

With a rectangular tray of adobo and a separate container of paksiw na galunggong na dala-dala ni Jobert for Kuya Boy, yes, we knew that not only would it whet the Asia’s King of Talk’s appetite, it would also rekindle his zest for life.
* * *
Around this time, or even earlier, ang kasagsagan ng mga Christmas parties. We, in the working entertainment press, are done with that of GMA which for many years now has been the first to hold holiday parties for the media among the TV networks.

In fairness though, TV5 parties could hold a candle to those of its rival networks as big as its trade fairs, program launches and other events.

Meanwhile, within the week it’s ABS-CBN’s turn to treat the entertainment media whose members were but a big help to its programs. Unlike the previous years when Dolphy Theatre had stood as a convenient venue ay sa isang ritzy hotel na kapitbahay lang ng istasyon idaraos ang media party.

The one with ABS-CBN ay sa dalawang paraan namin natanggap from a CorpComm staffer: through text and via e-mail.

These strictly invitational events come with a list of invited guests. Whoever is manning the registration desk asks every attendee to sign opposite his typewritten name (stating his publication, contact number, e-mail address).

Kapag minamalas-malas ang tao whose name is not on the list, the compassionate staffer (tutal, Pasko naman but he or she will have to seek clearance first) courteously asks the attendee na isulat nito ang kanyang pangalan and is allowed entry.

As a whole, ang mga ganitong pagtitipon allow members of the media to be more of themselves, away from their working gadgets para mag-enjoy naman, swap stories with friends, compare notes and come home with gladdened spirits.

At kapag sinusuwerte, sulit ang sinuong na traffic at effort sa paghahanda as not a single attendee leaves the party with a growling stomach and an empty pocket. And may be more.