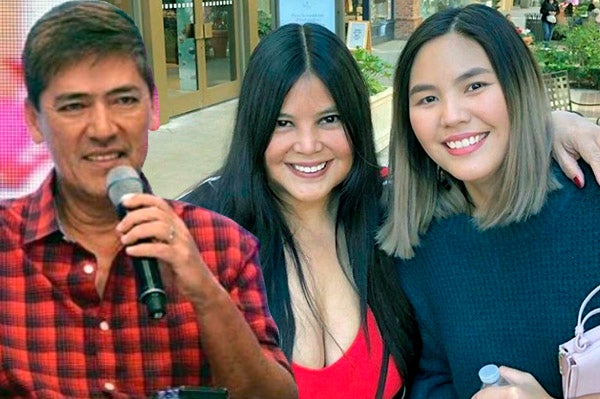 Former actress Angela Luz was yakking against a GMA writer who featured her daughter Paulina Sotto in the entertainment section of GMA Online.

“#gmaentertainment if you are going to write something like this don’t reduce my daughter’s accomplishments to something like this,” came her aria as a reaction to “Paulina is a painter and had held a few exhibits of her work” write up about her anak kay Vic Sotto.

She continued yakking lengthily, giving the writer a piece of her mind.

“She is also an accomplished golfer, having won HUNDREDS OF TROPHIES during her stint as one of the country’s best junior golfers. She is still a FANTASTIC GOLFER today. SHE WAS A CONSISTENT HIGH HONOURS STUDENT BOTH IN THE UNITED STATES, AND THE INTERNATIONAL SCHOOL, MANILA.

“AND AS VISUAL ARTIST, SHE IS ONE OF THE MOST SUCCESSFUL YOUNG ARTISTS TODAY. SHE IS CONSTANTLY BEING FEATURED BY NEWSPAPERS AND MAGAZINES FOR HER WORK AS A VISUAL ARTIST. AND IN THREE SHORT YEARS, SHE HAS ALREADY SOLD MORE THAN 600 OF HER ARTWORKS.”

Clearly, Angela rammed into the collective throats of GMA online readers that her daughter is an accomplished student, golf player and visual artist. With that, bash ang inabot ng mag-ina.

That’s one against GMA. And there’s another one.

Dominic Roco was peeved when he saw his name misspelled in the audio-visual presentation ng bagong soap na kinabibilangan niya.