Another weightlifting star on the rise

Another weightlifting star on the rise 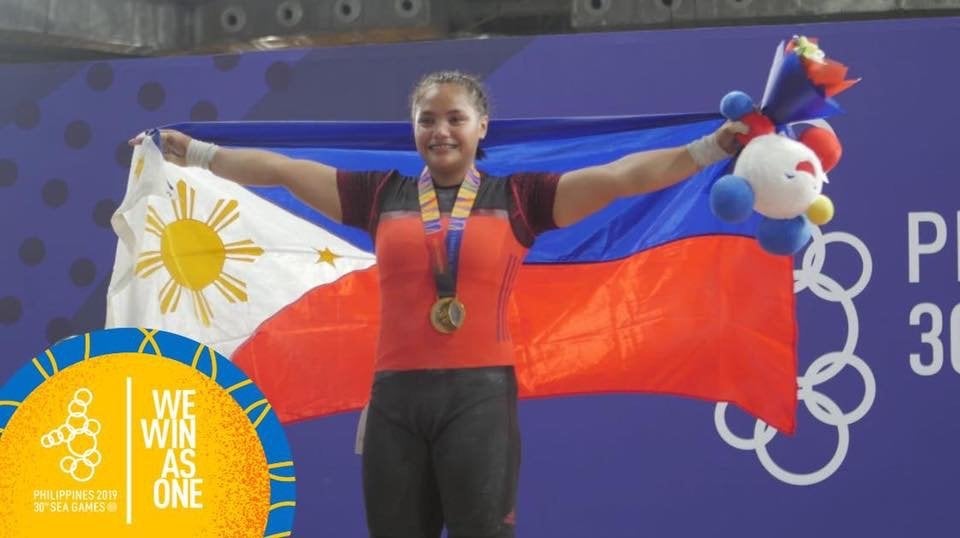 KRISTEL  Macrohon proved her worth by ruling the women’s 71kg division Wednesday, giving the Philippines its second gold medal at the end of the weightlifting competitions of the 30th Southeast Asian Games at the Ninoy Aquino Stadium.

Macrohon, 23, inspired by Olympian Hidilyn Diaz’s golden triumph last Monday, had a total lift of 216kg (93kg in the snatch and 123kg in the clean and jerk) to relegate favorite Thi Van Nguyen of Vietnam to the silver.

Nguyen failed in her last attempt at 125kg in the clean and jerk, enabling Macrohon, like Diaz a native of Zamboanga City, to escape with the golden win.

“I’m so overwhelmed. I didn’t expect this because the Vietnamese lifter is really the No. 1 in the division. I thought I could only win a silver. But Hidilyn inspired me to go for the gold,” said Macrohon.

With just one event left (men’s 73kg) in the four-day competition, Vietnam has clinched the overall title in the discipline with 4 gold medals on top of four silver and one bronze medals, followed by Indonesia (3-1-5) and the Philippines (2-3-2). Myanmar had a lone silver medal in the 10-event competition while Malaysia, the 2017 host, ended its campaign with a solitary bronze to show, a far cry from its 1-1-1 performance two years ago.

Diaz, the 2016 Olympic heroine for the Philippines in the Rio de Janeiro Games, scooped up the first gold for the Filipinos in the sport on Monday by routing the 55-kg field with a lift of 211-kgs., which is just five kilograms less than the winning effort of Macrohon.