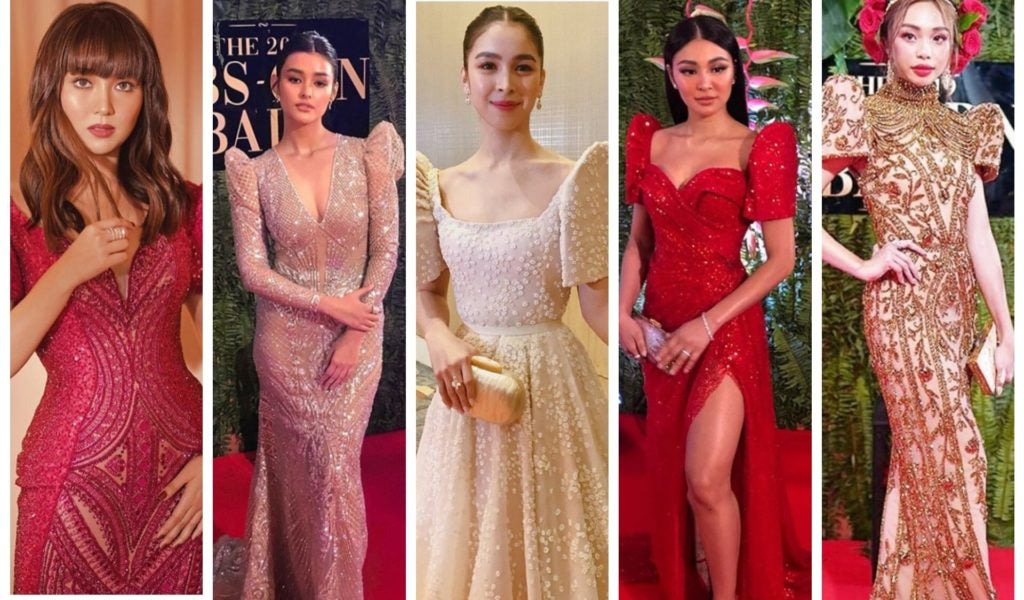 THIS year’s ABS-CBN Ball had the most popular, the most beautiful and the best fashion plates in one big night of immeasurable luster.

Easily, Kathryn Bernardo, in a  Michael Cinco fuchsia gown, is the  night’s most stunning celebrity.   Draped in a modern Filipiniana, her outfit was age-appropriate and truly  accentuated her curves.

Coming in second is Liza Soberano’s simple Patricia Santos gown which had her all covered. Kim Chiu is another stunner in a Benj Leguia serpentine  gown which highlighted her reed-thin body.

Bea Alonzo’s black number by Jun Escario is quite a head-turner. With a dangerously high slit, the actress did show some skin but she didn’t look less sophisticated.

In flaming red bustier type of Filipiniana by Michael Leyva, Nadine Lustre did appear like an alluring swan. Pia Wurtzbach didn’t come cheap in an Ezra Couture gown which showed her dangerous curves.

Maymay Entrata had heads turning with an intricately-designed gown by Furne One. She looks every inch a supermodel in her very sosyal number.

If they were the best dressed in our list, we also had the worst dressed celebrities.

Anne Curtis also appears to be one of the titas of Manila whose Filipiniana gown looks dated.

In the same vein, Sunshine Cruz appeared quite a fashion victim in her white gown. Parang nawalan siya ng luster.

Mylene Dizon’s floral number made her look like a commoner and not a celebrity that she should have been.

Kim Molina did cheapen herself in a  gold gown which nearly showed her butt.